Locorotondo is a town and comune of the Metropolitan City of Bari, Apulia, southern Italy. The city is known for its wines and for its circular structure, from which derives its name, which means “Round place”. It is located between Martina Franca and Alberobello, deep in the Itria Valley. Locorotondo was voted as one of the most beautiful villages of Italy. The town itself is attraction. The historic part of town is situated on top of a hill. In this area are expressed many different types of building styles that vary from baroque to little “trulli” houses. These are whitewashed houses with pointed gable roofs, called “cummerse” and untypical for Italy, located in the heart of the historic center.

“Piazza Vittorio Emanuele” is a small square, at the top of the hill, with a cafe and a tourist information office where you can take maps and leaflets. We suggest you to visit the attractive church “Romanesque Chiesa della Madonna della Greca” which dates to the 12th or 13th century that has a central rose window. Also, there are a few other churches.

A panoramic street offers great views over the “Valle d’Itria”. You may explore Locorotondo if you have a hire car, but you can do it even if you are depending on public transport because there are railway lines that afford good views to the countryside.

Locorotondo is celebrating two patron saints. “San Giorgio” is celebrated with a market fair on the 22nd and 23rd April, and “San Rocco” is awarded a day of musical celebrations (called “La Diana”) finishing off with fireworks on the 16th August.

Locorotondo is known for its wine that is white and lightly sparkling, cheap and decent. You can find it in restaurants throughout the “Puglia” region. There are also local red and other white wines.The wine is made predominantly from “Verdeca” and “Bianco d’Alessano”, but also from additional grapes like “Bombino bianco”, “Fiano” and “Malvasia Toscana”.

There are 54 hotels in Locorotondo, many villlas, hostels, guest houses and apartments.

The village is distinguish by its uniqueness and historical-cultural centre, which is well preserved, architecturally homogeneous, friendly and the good management of the roads system makes its walking tour more easily. The position allows you to enjoy the beauty and integrity of the rural landscapes. The village offers an efficient tourist information service, able to welcoming and guiding the tourist and wide promotions of the attractors.

Check out our refined list of top accommodations in Locorotondo! 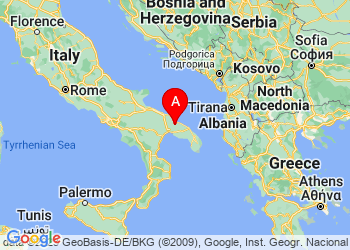